Latest News
Home /Changing the image of Colombia with music

A cheerful rhythm of Antillean music, Colombia is heard in Africa with sounds that seek to change its image tarnished by conflict and claim the black influence almost all its cultural manifestations .

The visit to South Africa this week of two groups of calypso music from the Caribbean islands of Colombia is the last mission undertaken by the country to redouble its presence in the African continent.
“Through culture it is easier to approach people. And Africa is very important for us, because our music comes from here, “explains Efe Esteban Bernal, in charge of cultural exchanges organized by the Colombian Foreign Ministry.
The conversation with Bernal, who cites Southeast Asia and Africa as two of the new priorities of Colombia’s foreign policy, is interrupted by the eleven young people of the Caribbean islands of San Andrés and Providencia with their instruments. They take advantage of the corridor of the hotel of Pretoria in which they stay to prepare another one of the workshops that have celebrated from the past day 19, and until this Saturday, next to local musicians, and they make dance to a local waitress, who demonstrates to have the same rhythm.

They are between 9 and 17 years old and speak among themselves in “Creole”, the language of the descendants of the black slaves of the Caribbean, although they also dominate Spanish and English, a language that bequeathed them the masters of their ancestors and in which many carry Their surnames

They are waiting for them in the music section of the University of Pretoria, where, as they have done in other centers in the South African capital and in Johannesburg, they will play alongside the students and share their artistic tradition with them. 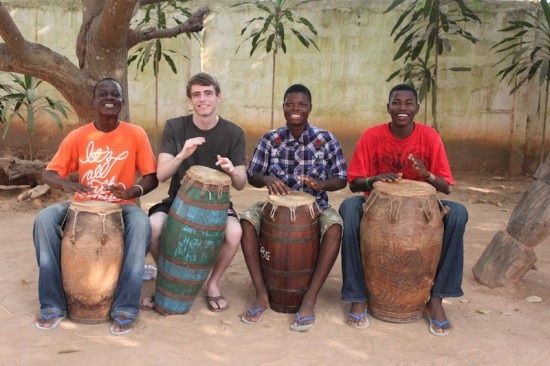 “These sessions are very enriching for all, allowing us to learn from each other instruments, rhythms and roots,” says Efe Kathryn Newball, director of Morgan’s Head Tipical Youth Group in Providencia, which, together with Caribbean Children of San Andrés, participate in this trip.

The greater connection with the young African musicians has found it in the rhythms of the drums, whose importance in the music of the Antilles has a clearly African origin.

Afro-Caribbean melodies from the center and north of Europe, like the gentlemen who played their ancestors, are stranger to young South Africans with whom they meet to play and talk about music. In this type of melodic lines the mandolin stands out, an Italian instrument like the one that Tanisha Fernández plays in the Morgan’s Head Tipical Youth Group, and one of the most surprising to the South Africans.

“The marimba (African xylophone) is the instrument that I liked most of them”, tells Efe Fernández, 16, who explains the development of the workshops: begin with the drum to bring the different groups closer and end with improvisations Together. 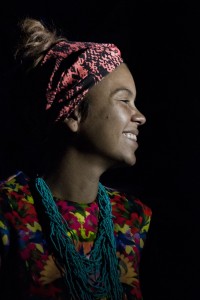 The jawbone, a percussion instrument which, as its name suggests, consists of the two jaws of a horse or a donkey, it is another major source of curiosity for South Africans  “My students have been studying their music books and videos and Now they have experienced it live. And as they showed their faces, it has excited them, “says Julius Kyakuwa, professor of music at the University of Pretoria. The Antilleans of Colombia are a minority within the minority of African origin in their country, which with ten million people represents the largest concentration of black population in South America behind Brazil.

The trip to South Africa, the first that most of the boys do outside of Colombia, has allowed them to discover a country that was unknown to almost everything, such as white population, with which they have shared some of the musical sessions. With initiatives like this one, Colombia wants to change an image in the world weighed down by drug trafficking and terrorism, to do justice to it and also to its black population, traditionally separated from the centers of power and official cultural circuits .

This program, which has benefited more than 300 Colombian minors this year, is also aimed at keeping young people away from armed groups and drug trafficking, two threats to which, despite the progress made, they remain very vulnerable

The Government of Bogota has sponsored tours in various countries of the world of young groups of Colombian styles such as joropo, chirimía, vallenato or currulao, one of the most markedly African genres found in Colombia and recently taken to Ghana Within this program.

In addition, the Colombian band of electrocumbia Bomba Estéreo made last May a tour of southern Africa, where he gave workshops on African roots in the popular music of his country.